Best Football leagues around the world 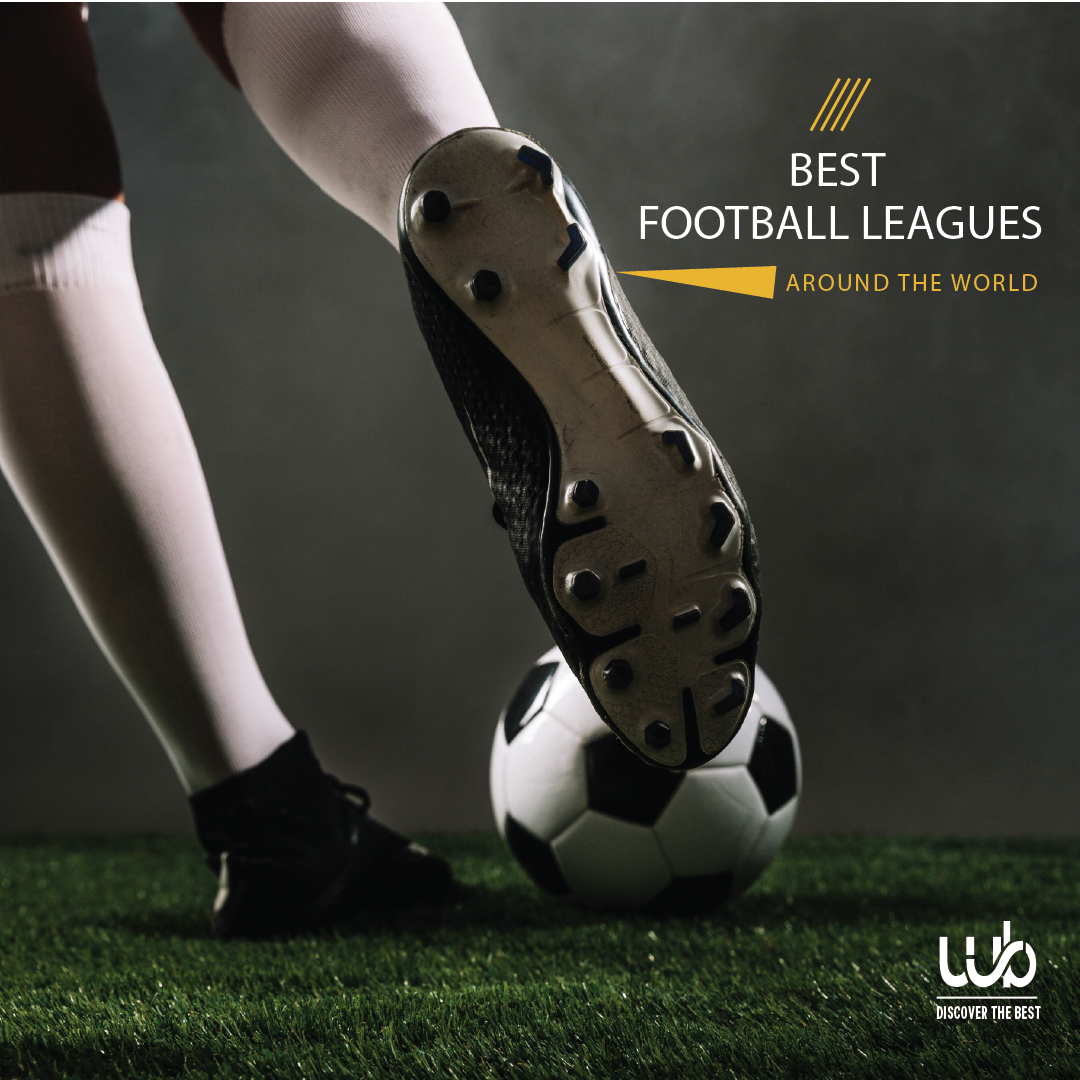 There’s regular debate over which leagues are the best to watch or have the best players in them—or even which are the most competitive and diverse in terms of who can challenge for honours.

However, it’s often based on personal preference, so what about a mathematically ordered breakdown, an amalgamation of factors to find out exactly which league is the most exciting overall?

That’s what we’ve done here, looking at a total of 26 top-flight leagues around world football to present our definitive ranking. 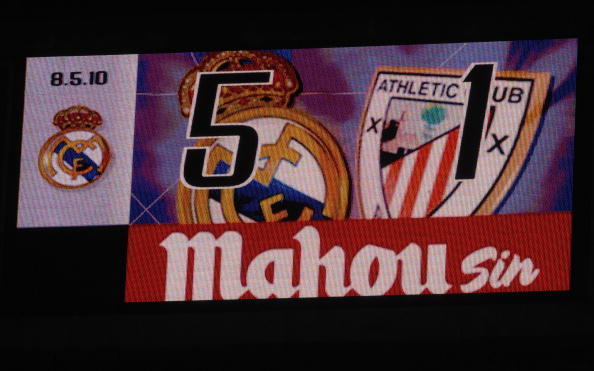 While several second-tier competitions can be classed as good quality or impressive, they lack the absolute edge of excitement that is found only at the pinnacle of each nation’s league system. For that reason, only top flights were included.

One or two areas of the criteria used are subjective, including the newsworthiness of each league and their reputation for producing exciting young players, but much of it is drawn from factual data.

The biggest transfer fees, average goals per game in the league, highest value XI by market value and attendances are all factored in.

Each league was scored from one to 10 in each area, with the highest or best in each area guaranteed a 10; for example, the Swiss Super League averages 3.4 goals per game, higher than any other league, so it scored a 10. Every other league scored nine or lower according to how many fewer goals they see on average.

The scores for each area are then totalled and divided, giving a final average score across the board for each league with which they can be ranked accordingly. 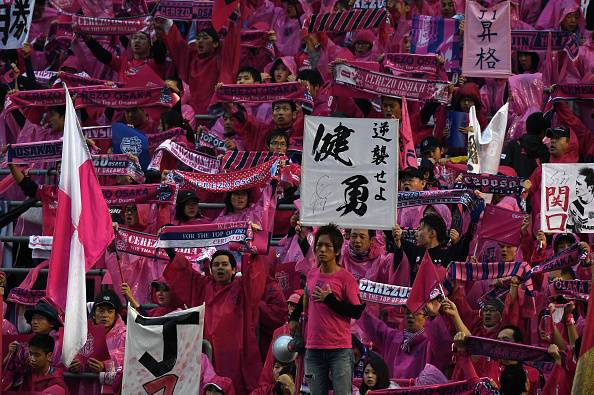 Fans at the J1 League 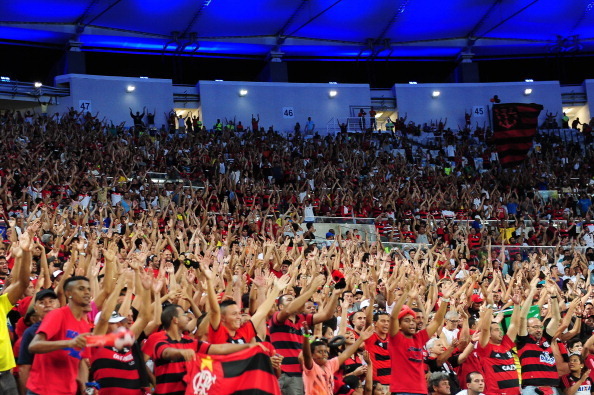 We head into the top 10, and Brazil’s national league comes in with a ranking of 4.8.

The big strength for Serie A is a fantastic reputation for developing huge quantities of talented young players, many of whom go on to become expensive imports for European clubs, generating funds to continue producing the next batch of youngsters in the process.

Low attendances and an extremely low average number of goals per game are the downsides here. 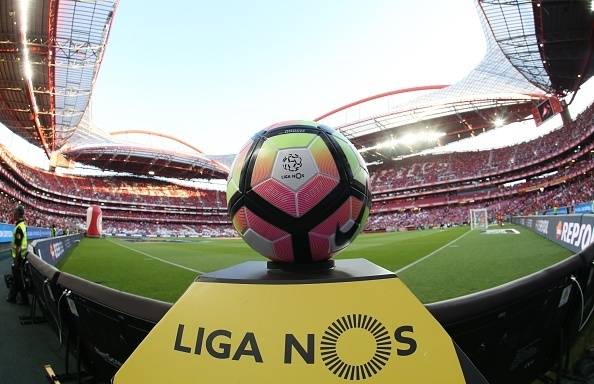 Generally considered one of the European leagues just outside the usual top five, Portugal’s Primeira Liga ranks at No. 9 worldwide with a 5.1 rating overall.

Portugal’s top flight was reasonably middle of the road across the board in our various categories, but they scored well on youth reputation and highest value XI of the division.

The weakest area was goals per game; viewers can expect just 2.3 on average in the Portuguese top flight. 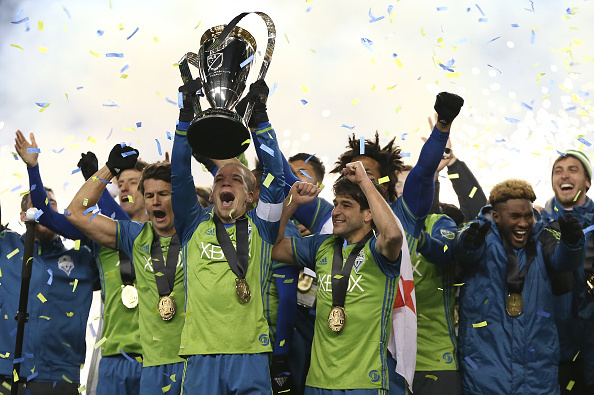 The United States’ main league—certainly with the most growth and overseas interest—is Major League Soccer.

Year-on-year improvement and expansion mean MLS will only continue to gain in popularity and approval, and a 5.3 rating is already good enough for eighth place. How quickly the league as a whole progresses will depend on the types of player brought in, how well the expansion teams fare and the marketing of the organisation.

It should be noted that MLS scored very well on attendances, better than the likes of the Portuguese, Dutch, French or Japanese leagues. 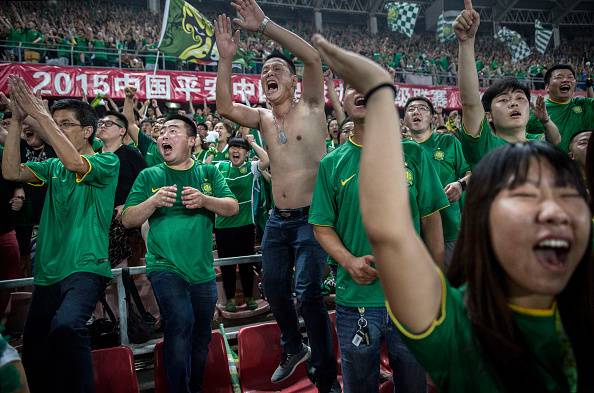 Beijing “Ultras” in the CSLKevin Frayer

No prizes for guessing where the big scores came from to push the Chinese Super League into the top 10.

China’s top league gained a 5.5 overall rating; terrible scores on youth development and the number of traditional big clubs who go head-to-head with each other were more than offset by a high-value XI, their most expensive signings and how newsworthy the league has become.

In fairness, the CSL also scores well in attendances, with their lowest-ranked team by average attendance attracting considerably higher numbers than the lowest teams from Italy, Spain, Brazil or Russia. 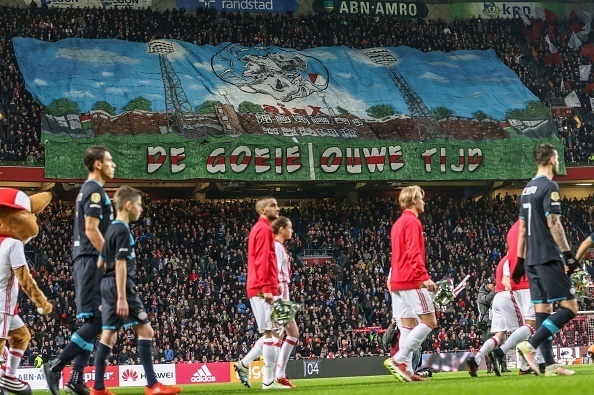 Ajax vs. PSV Eindhoven, one of the great Dutch

Just outside the top five, the Dutch Eredivisie has always been extremely watchable to the casual observer in a detached sort of way—at least when the big teams are involved and the rivalry is obvious.

A 6.1 score was more than respectable, comfortably ahead of rival European leagues, thanks to areas of high excitement such as youth production and goals per game—just over three per game, if you fancy tuning in.

On the downside, a low number of established stars and not really being a league that captures the attention of the global media goes against it. 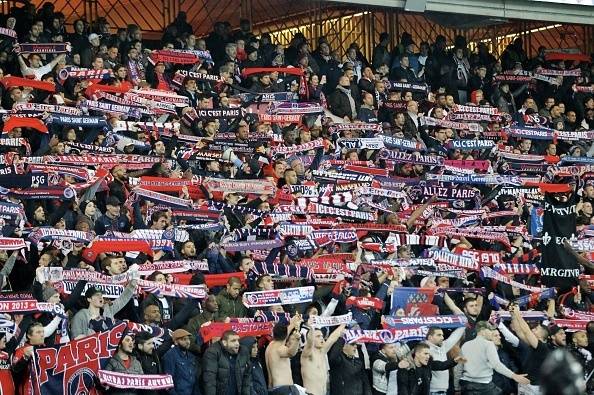 PSG vs. Marseille in FranceXavier Laine

There might not be much surprise at the leagues that make the top five, but what about the order and the scores against each other?

France’s Ligue 1 takes fifth with 6.8, which is not all that far clear of the Dutch league. Ligue 1 scored consistently higher-than-average numbers across the board without really excelling in any area. It has a good reputation for producing youth, plenty of big sides with rivalry and good attendances throughout.

There is room for improvement on the excitement scale, though, with goals per game at a relatively lowly 2.5. 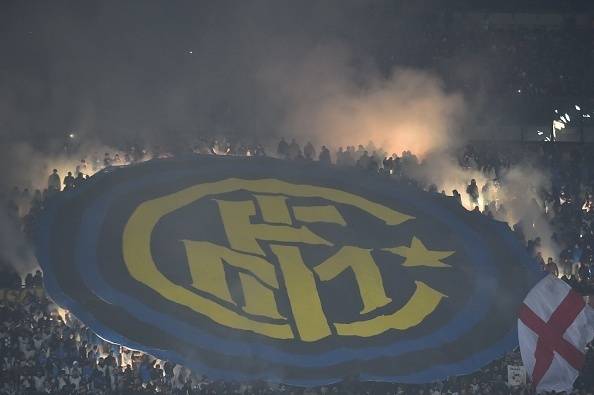 Inter Milan have the highest average attendance in Serie A

Comfortably clear of Ligue 1, Serie A takes fourth place with a score of 8.0, as the differences between the biggest leagues become clear.

A huge summer on the transfer front, bundles of top names in the league—that’s both elite and second-tier “very good” players—and a host of historic clubs whose names alone attract attention means Italy’s top flight has maintained a certain standard even in a barren few years for clubs in terms of European stature.

Serie A is on its way back, but its attendances are perhaps the one aspect missing the most. 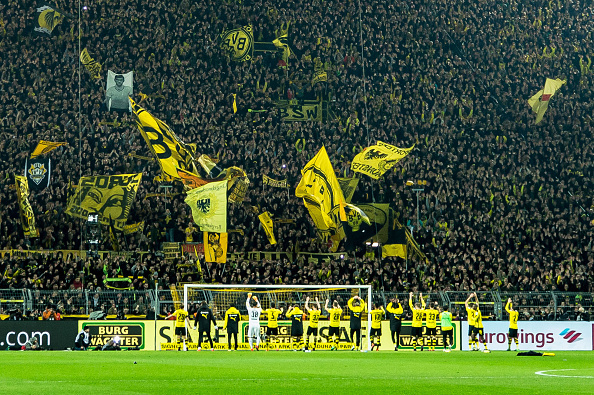 There was little between the top three leagues: just 0.4 in fact between third and first, across all criteria.

The German Bundesliga takes the bronze medal with a score of 8.5, and the areas where it is successful are as obvious as the areas for improvement are surprising.

Great youth production, a massive tally of stars in their prime and a highest-value XI bursting with talent all give the Bundesliga top-end scores, but its average of 2.7 goals per game is the lowest of any of the top four leagues in our ranking, and it is eighth-lowest out of the top nine leagues.

By contrast, the Bundesliga scores highest out of any league for attendances. 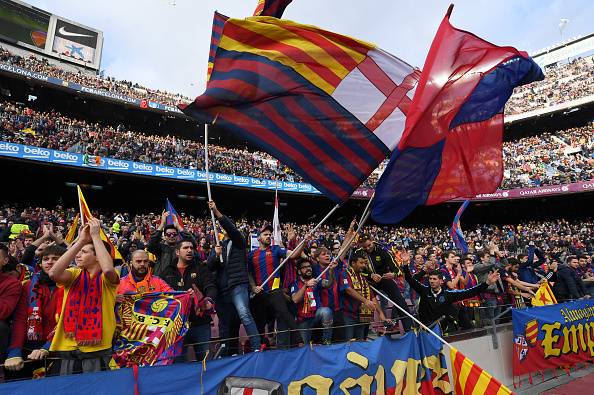 The top two are extremely close, but it’s La Liga that takes silver with 8.6.

Comfortably the most expensive league for the high-value XI, La Liga also scores huge points for newsworthiness, the number of stars on show and the competitive edge for the quantity of big teams. You’ll also see 2.9 goals per game in Spain, an exceptional average tally.Where it loses out is in the most expensive purchases this season, with no club really pushing the boat out in the way Juventus or Manchester United did, while attendances fall sharply at the lower end of the table. 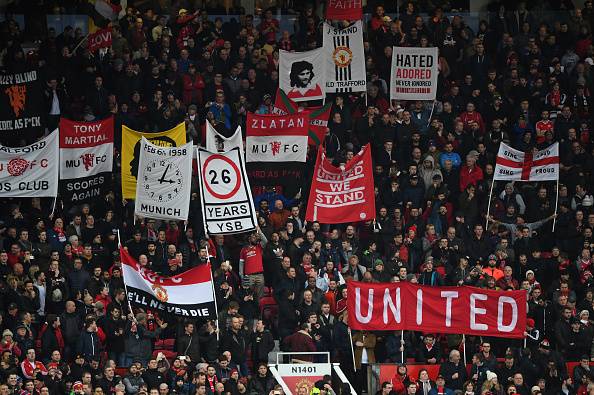 That leaves the Premier League in England as our top-rated, overall most exciting league to follow, on a score of 8.9.

Incessant news coverage, the number of high-end clubs, big transfer fees and high attendances all rake in the big scores, while the Premier League matches La Liga for average goals per game with 2.9.

Less impressive is its reputation for developing national youth talent, an area for improvement with most clubs in the league, but taking everything into account, the Premier League tops the bill for us. 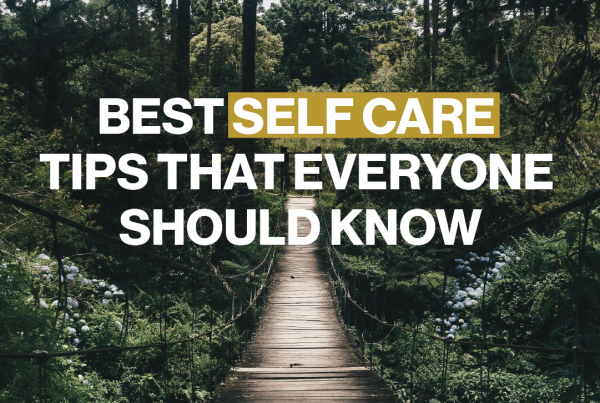 BEST SELF CARE TIPS THAT EVERYONE SHOULD KNOW 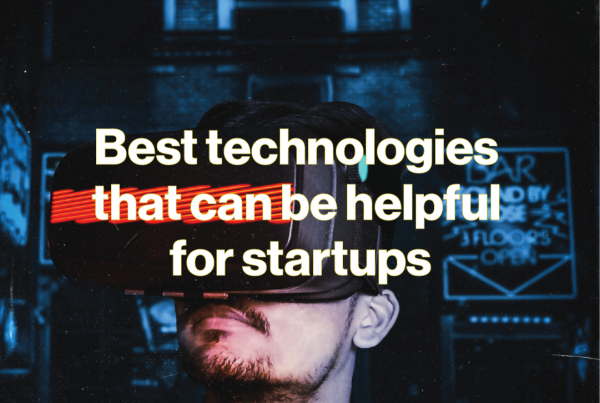 Best technologies that can be helpful for startups

HOW TO PREVENT BULLYING AND CYBER BULLYING